RUGBY RECAP: Sports fade in second half of season finale 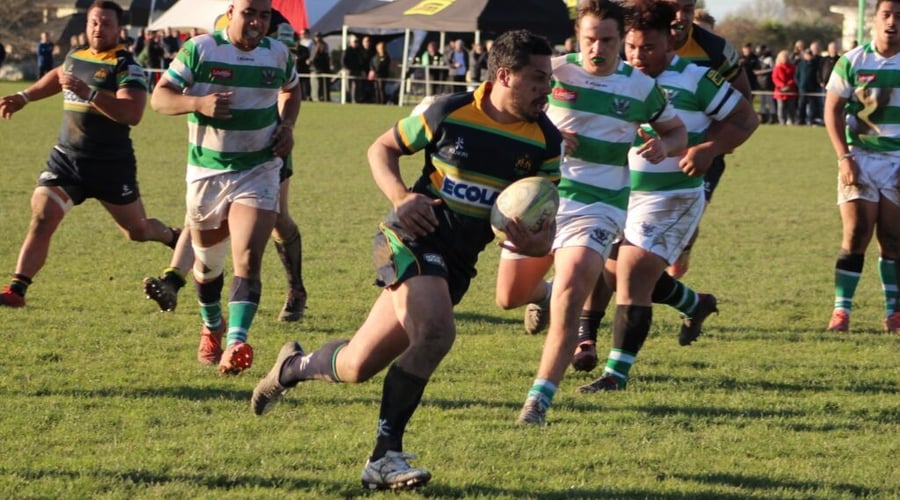 Te Awamutu Sports will kick themselves again for a poor open to the second half, as well untimely errors and penalties, undoing a gutsy first half by conceding five consecutive second half tries to limp into the end of the season with a 13-47 loss to Hamilton Marist in Waikato Premier Rugby.

Two penalty goals to first five-eighths Logan Karl was all Sports could muster until replacement midfielder Andrew Christie closed the game with his sides only try in the last play.

It started badly for Sports when Hamilton Marist got the ball early and worked their way down the field to score beside the posts inside five minutes, but the Te Awamutu defence stiffened, and while Marist held possession and territory, they couldn’t break the line.

Sports showed flashes with the scraps of ball they had but couldn’t strike the telling blow when the opportunities presented themselves, and were forced to chip penalty goals for points, Karl with two long range shots to narrow the score to 6-7 as the first half eased to a close.

Marist however would have the last say against the run of play with a telling score right on the stroke of half time, stretching the lead to 6-14, but Sports were not unhappy, considering the wealth of possession and territory the hosts enjoyed, they were hanging in and still very much in the game.

Following the break however, the achilles heel period proved to be a thorn in their side again, conceding three quick tries in the ten minutes following the break, and the hard work of the first spell unraveled quickly while the pacey backs of the hosts found holes aplenty out wide, Waikato rep Bailyn Sullivan proving hard to contain in space, the score ballooning quickly to 6-35 before Sports could blink and the game was gone and they were fighting for respectability.

There were moments of dominance in the second half where Sports struck the right notes and pushed the hosts on their heels, but they were undone by errors and penalties just as the pressure would build and almost as quickly they found themselves scrambling back in defense.

Marist struck twice more in the second half, before replacement Christie found himself on the end of a Gelistino Kiutau offload in space and crossed under the posts, converted by Karl to bring the curtain down on an ultimately encouraging season, though not without plenty to work on for next year.

Man of the Match Karl was a standout for Sports, his kicking with the wind behind him in the first half pushing Marist backwards and getting Sports out of trouble when on defence, while picking his shots to take on the line with success.  Lock Gelistino Kiutau was strong in the forwards battle on both defence and when carrying the ball while replacement Dylan Jeffries added some real spark in the closing stages with Sports desperate.

Te Awamutu Sports Premier B capped off their impressive season with a strong 22-12 victory over Hamilton Marist.  Up 15-5 at halftime, Marist came back to close the gap to 15-12 before Sports struck the telling blow late in the second half after a Karne Hesketh break linking with hooker Andrew Muller to score and seal the win.

With season 2020 now complete for both sides, attention now turns to planning for season 2021, and looking to build on an encouraging base that has been set with positive steps this season.