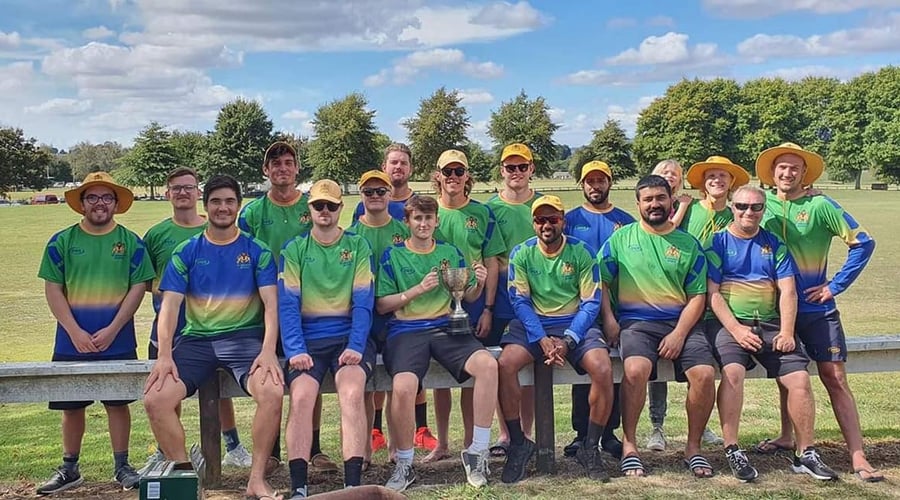 On Saturday the TA turtles took on Morrinsville in the Waikato Valley T20 final at the Kihikihi domain. The boys were looking to defend their title and make it three years in a row. Skipper Jake Gibson won the toss and opted to bat first, which had early ramifications with the loss of Campbell Child in the first over. From there, Gibson joined Brandon Weal at the crease and formed a 75 run partnership in just 8 overs. From then on, turtles batsmen came and went making contributions along the way; Gibson with 49, Weal 28, Kristian Clarke 27no, Danyn Stewart 26. This got TA to 165/7 off their 20 overs, which with the pressure of the final was a par score at worst. Like Morrinsville, TA picked up a wicket in the first over, however were able to continue to apply the pressure. A tight couple of overs to follow meant that the visitors were restricted to 39/3 after their power play, with a lot of work to do. TA kept taking wickets at regular intervals, with the spinners Stephen Tate, Matt Allen and Harinder Dhaliwal giving nothing away. Mohamed Ismail’s two overs left him and his teammates smiling, as he took 2-10 and also applied the brakes. Morrinsville finished on 129/9, meaning the title was again the turtles’ and the threepeat was complete.We would like to thank sponsor Mark Weal from LJ HOOKER for his support, Morrinsville for the good game and everyone else who came down to watch, it’s much appreciated! Also a special to our Club Patron Lou Brown for coming down to present the trophy.The Turtles look to keep their success rolling into the Waikato Valley 50 Over final on the 10th of April, which is being played at Seddon Park against Cambridge. #GoodCricketers #greatpeople+2